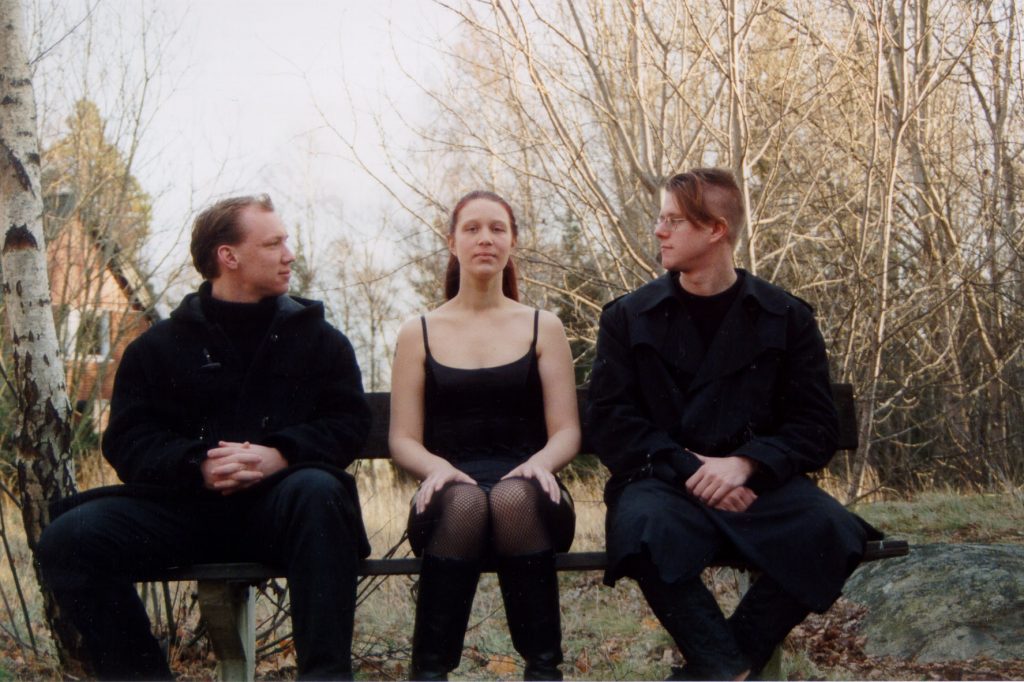 My Magic Armchair is a darkwave, electro band from Nyköping in Sweden. It consisted of the members Björn Lager, Sanna Lager and Carl-Fredrik Koserius.
The band was mostly active during 1995 – 2005 when they released two democd’s titled Always and In the cycle. They played live in Nyköping, Uppsala and Linköping between 2001 – 2003. Since 2005 the band has been quite inactive.
Carl-Fredrik Koserius moved to Gothenburg and played in various other bands such as the gothic band Shoggoth and the EBM/electro band C². Björn played in the EBM band Project-X from 1996 to 2005.
From 2005 – 2012 Björn sometimes updated the bands MySpace webpage, adding a song every other year or so. In recent years (2014 and to present time) Björn Lager has continued to make music under the “My Magic Armchair” name and adding these to the SoundCloud home page. On August 2017 this new homepage is launched. Björn Lager continues to create experimental electronic music under the My Magic Armchair name.

During late 2018 Sanna and Björn moved to the same town outside Gothenburg as Carl-Fredrik Koserius. Who knows what will happen next?

For the upcoming midsummer festivities 2022 the band decided to make a small performance. Two, three old tracks from the first years were selected to be “remade” according to the taste and capabilities of the members in 2022.